A downloadable game for Windows and macOS

Renaiju is a little visual novel which you must attempt to win the heart of the wonderful Godxena!

This is my 2nd ever game and my first in Ren'py! I hope you enjoy it!

It's a cute game. It wasn't what I expected, judging from the image on the Itch.io page. Godxena is a clever name for a female Godzilla like monster. It would have been nice if there were other monsters too, and if the game was a bit longer.

I did have a couple issues. Once when I clicked to advance the text, it skipped a few lines of dialogue. Also, the second time I played through, Godxena's sprite was see through. Like you could see her, but you could see the background through her.

I also wrote a little bit about it in my blog: http://pajamagaming.blogspot.c...

In any case, it wasn't terrible. Good luck in your future games! :) 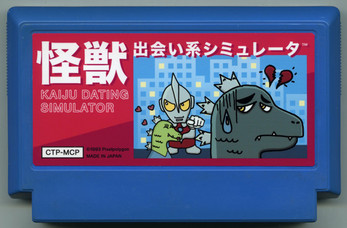